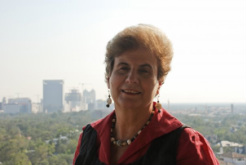 Margarita de la Vega-Hurtado is an academic and independent media consultant, working with national and international festivals, after having spent several years as the Executive Director of Flaherty International Film Seminars. She began working as a film critic in Colómbia in the late sixties, and has always been dedicated to advancing the cause of independent cinema in Latin America and in the United States. Margarita earned a doctorate in American Culture at the University of Michigan in Ann Arbor, where she became involved in the formation of the Latino Studies Program, eventually becoming the program director for several years, teaching the first course in Latino Cinema at that University. 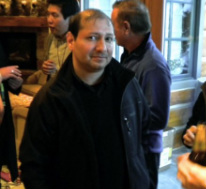 Alfred Cervantes, Deputy Director of the Houston Film Commission
and a native Houstonian, has worked in various capacities in film
for the past 18 years. He worked on Reality Bites, The Chase,
Jason’s Lyric, and Apollo 13. His duty is to promote the greater
Houston area to film producers, production executives and
independent filmmakers, to scout locations and facilitate any
production’s local filming experience. 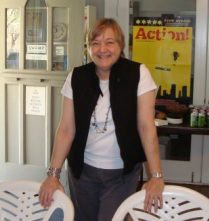 Mary M. Lampe is the Executive Director for Southwest Alternate Media Project (SWAMP), a 30-year-old nonprofit media arts organization based in Houston. She also serves as the Co-Executive Producer for THE TERRITORY, a 13 part, 30 minute short film showcase broadcast on PBS stations in Texas. With season 32 premiering in 2007, THE TERRITORY is the longest running series of its kind in America. Lampe has produced and directed award-winning, short documentaries about art and artists for art museums and has programmed film series of all genre. She also regularly serves on grant panels including Texas Commission on the Arts, the Houston Arts Alliance, Latino Public Broadcasting Corporation,Independent Television Service (ITVS, San Francisco), Anthony Radziwill Documentary Film Grant, and Media Arts grants panels for The City of Austin and The City of Houston. 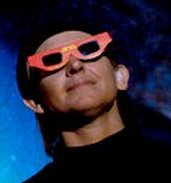 Dr. Tish Stringer is an anthropologist, media maker and culture-jammer
and is currently employed by the Rice University Department of Visual and Dramatic Arts as the Film and Video Tech. She is the proud mother of a sassy daughter on whom she’s pinned her hopes for a better world. She believes conviviality is the glue that holds communities together and enjoys hosting potlucks and piefights. Turn-ons include: good art, thoughtful commentary, a
revolution you can dance to and thunderstorms. Turn-offs include: talking
loud and saying nothin’, conspiracy theories involving fluoride, vapid mass
media and cake. 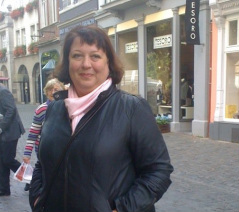 Christine Jelson West has been the Executive Director of Lawndale Art Center since January 2007. From 2004-2007 she served as Executive Director of the Galveston Arts Center. Both institutions exhibit innovative contemporary art with an emphasis on emerging Texas artists. A native Houstonian, West has a long history in non-profit arts administration working with the Orange Show Center for Visionary Art, Fresh Arts Coalition, and with Glasstire, Texas Visual Art Online. She is a graduate of Trinity University, San Antonio with a BA in English and holds a Texas Secondary School Teacher Certificate in English and Art. She is active in the Texas art community and serves on the boards of Glasstire and the Houston Museum District Association. She
is the HMDA liaison to the board of the Houston Arts Alliance and is currently the Chair of the Communications Committee of the Board of the Texas Association of Museums. West also writes about art and is a practicing artist. Her reviews have been published in Artlies journal and Arts Houston magazine and her collages are shown at Hello Lucky in Houston.